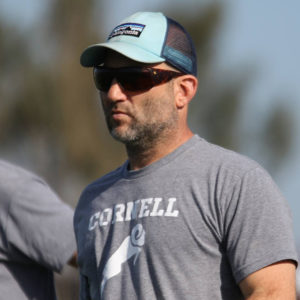 Lane was a high school All-American in New Jersey, where he was inducted into the Newark Academy Athletic Hall of Fame. Following high school, he played goalie at Rutgers University. Once in California, he become the head lacrosse coach at UCLA. In 2006, he was named Western Collegiate Lacrosse League Coach of the Year. In 2007, Jaffe became head coach at Palos Verdes High School. He was Bay League Coach of the Year that season and again in 2009. In 2010, Jaffe was selected as the West Coast representative to coach the Champion National High School All-Star Game. Lane has also coached at UCSB and Dominican University as well as internationally in Japan, Australia and Canada, bringing home two silver medals from the Asia Pacific Games. Currently, he is also the Head Boys Varsity Coach at Palos Verdes High School.